Electribute wishes all of you a Happy New Year!!
Live is sweet and hopefully 2016 will bring you all a lot of love and good times:)

I’m working hard on a new album for 2016. Still to early to set a date.
Though! Just after New Years Eve I’ll release a live-album from November 2015. Recorded at Krudttønden, CPH. 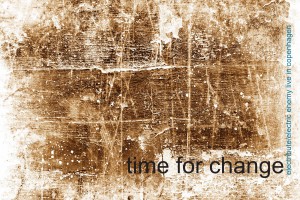 Krudttønden was the copenhagen-venue that was terror-attacked in the beginning of 2015.
The day my concert was recorded, was the same day – and same time – of the Paris terror-actions.
The album will have the title “Time for Change” [Electribute/Electric Enemy live in Copenhagen].

I wish you all the best:)